A new H2020 project, coordinated by KTH, has recently been granted by the European Commission, within the call “Disruptive photonics technologies” (ICT-36-2020), under the Photonics Public Private Partnership (www.photonics21.org). 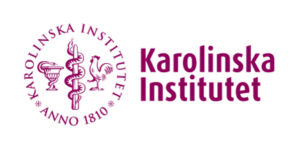 This highly multidisciplinary four-year project takes as a starting point the recent remarkable development of fluorescence-based super-resolution microscopy, and the prospects this development gives to better understand the origins and mechanisms of cellular diseases. More specifically, the six partners will in this project:

With the developed microscope platform and by this lead application, the partners expect to take a decisive step towards better diagnostics, effective treatments and prevention of severe bacterial infections causing significant morbidity and mortality world-wide. The expectation is also that the ability to resolve nano-scale localization patterns in cells, correlated to their morphology and sub-cellular environments, will open new means to understand, diagnose and prevent many other diseases. The development of laser, single-photon detector and super-resolution imaging technologies in this project, as required to reach these expectations, will strengthen Europe’s position on the market for microscopes, lasers and detectors, and Europe’s photonics community as a whole.

For further information about the NanoVIB project, the interested reader is referred to the project web site (www.biomolphysics.kth.se/NanoVIB), or to the coordinator prof. Jerker Widengren (+46-8-7907813, jwideng@kth.se).

Image of pneumococcal bacteria, taken by Stimulated Emission Depletion (STED) super-resolution microscopy, showing the spatial distribution patterns of two pneumococcal surface proteins (PSPC1 and PSPC2). In a recent study by two of the partners (KI and KTH) it was found that the spatial distribution patterns of these proteins, as resolved by STED, play an important role for how the bacteria can withstand the immunological response of the host. (For further details, see Pathak et al, Nature Comm, 2018). With the microscope system to be developed in the NanoVIB project, the resolution can be increased by another order of magnitude, further increasing the understanding of how these proteins determine the virulence and invasiveness of the bacteria, i.e. how harmful they are to infected humans.